Does Mazda Make a Pickup?

For years drivers have enjoyed the quality of Mazda vehicles, and with smart features like SKYACTIV® technology in every model, performance is a key factor. What drivers might not be aware of is Mazda’s history producing pickups. Does Mazda currently make a pickup? Find out below! 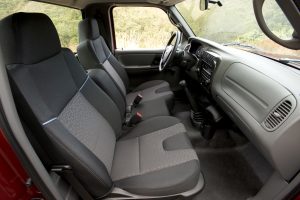 When did Mazda stop making the B-Series?

Drivers looking for excellent performance in a pickup will have to look elsewhere, because Mazda does not currently produce a pickup. At one time, however, they produced the B-Series, which was a lineup of midsize pickups. After starting production in the mid-1990s, it quickly gained popularity due to the three engine choices and large variety of trim options. However, as competition got thicker and other automakers offered features similar to or better than the B-Series, Mazda halted production of their pickups after the 2009 model year. 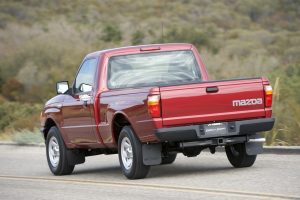 If you’ve ever seen the B-Series, most notably in its final generation from 2001 to 2009, you may have noticed that it closely resembles the Ford Ranger. Mazda designed it to be very similar to the Ranger, but because Ford had already established a reliable reputation for their pickups, it was hard for Mazda to gain traction despite offering notable features like a skid plate, a limited slip differential, keyless entry, and full power accessories just to name a few. The B-Series, much like the Ford Ranger, made little to no improvements over the years which led to both models ceasing production as drivers opted for larger and more modern pickups.

While Ford re-introduced the Ranger for the 2019 model year, there are currently no known plans to bring the B-Series back. Mazda seems to be fine with that though, as they’ve experienced running success with their cars and SUVs. Stop by Hall Cars to see what we have available or schedule a test drive here on our website!

This entry was posted on Thursday, August 16th, 2018 at 11:36 am and is filed under FAQs. You can follow any responses to this entry through the RSS 2.0 feed. Both comments and pings are currently closed.